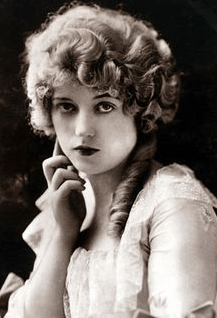 A Talent for Deception | A Novel

A Talent for Deception by Linda McQuaig

In rural Scotland in the 1830s, 15-year-old Callandra is in the throes of infatuation with a boy on a neighbouring farm. But her happy world disintegrates when her father dies unexpectedly, leaving the family facing destitution. To her further distress, a minister brought in to conduct the funeral – Rev. Norbert Scott, an unpleasant, unattractive young man encumbered by a pronounced stutter — focuses his attention on her. Within days, he asks for Callandra’s hand, with a promise of financial support for her family. Reluctantly but dutifully, Callandra accepts and is soon living with Norbert, his unwelcoming parents and sister in a grand but cheerless mansion in Glasgow.

Although outwardly meek, Norbert turns out to be cruel and abusive in their marriage. Callandra finds refuge from the cold-hearted Scott family when she gives birth to her daughter Meadow and develops a close friendship with Lottie, a household servant. As Lottie takes on great importance in her life, Callandra is drawn into an antagonistic relationship with Lottie’s beloved older brother, Sam, who considers Callandra a fortune-hunter.

Callandra’s world is again torn apart when Norbert, wounded by his father’s contempt for a son he considers defective, accepts a posting as a minister in Upper Canada. Callandra’s only solace is that Lottie is coming too, albeit with her brother, whose carpentry skills will be needed to build a church for Norbert in the remote town of Goderich, where they will live.

To Callandra’s great sadness, Lottie develops cholera on the overseas voyage and is left behind in Toronto to recover while the others travel on to Goderich. En route, their carriage plunges into a river and Norbert drowns. Sam saves Callandra and Meadow, and transports them safely on foot through the dense forest. When they arrive in Goderich, Sam is mistaken for Norbert. Although anxious to return to his sister in Toronto, Sam goes along with the misunderstanding in order to protect Callandra and Meadow, who are now vulnerable and without resources.

Sam proves convincing–and popular–as the town’s new minister. He begins constructing a church and stands up to bullying officials from the Canada Company, which owns the huge tract of land surrounding Goderich. Fuelled by these hostile encounters, Sam becomes the leader of a local group secretly planning to join an uprising against the company and the colonial authorities.

Although Sam and Callandra are posing as a married couple and sharing a house, Sam keeps his distance. Meanwhile, Callandra has fallen in love with him, and is deeply hurt by his standoffishness. When she finally overcomes his resistance, she is overjoyed by their intimacy, feeling profoundly, gloriously happy.

But an unexpected visit from a Toronto clergyman promises to expose the deception, prompting Sam to leave Goderich. His abrupt departure, just as the rebellion begins in Toronto, triggers revelations that eventually lead to his arrest and trial for Norbert’s murder — and to Callandra’s shattering discovery that Sam and Lottie are not brother and sister after all.

A Talent for Deception by Linda McQuaig, is represented by the Kelly Consulting Agency. For more information, please contact Lloyd Kelly at lloyd@kellyconsultingagency.com or in the message box below.