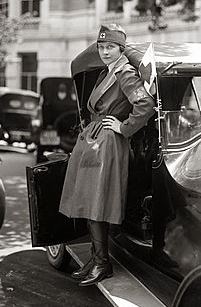 Set in the First World War, CHOOSE is the compelling coming-of-age tale of two teenagers: Canada’s first female ambulance driver and the spoiled criminal son of British Columbia’s richest family. Both face resistance and often brutal setbacks in their tortuous journey from innocence and ignorance into conscious adulthood.

Grace Hendrickson, an innocent nurse maid, wants to know everything. She faces man’s paradox: we can’t be aware of what we want to know until we know it. Only her fierce desire drives her to escape the confines of the palace on the voyage to consciousness. Although Grace faces mounting external challenges, eventually she will have to resolve her internal quest.

The ignorant and despicable spoiled son of B.C.’s richest family, Charlie Englewood firmly believes he knows everything. Only by losing his ignorance through moral growth can he become innocent–his sins forgiven. When consciousness arrives, Charlie will be greatly surprised. As the story progresses, both the main characters face brutal setbacks from a society that conspires to oppose them.

Matthew Bannerman, kind and unassuming, is Charlie’s younger pal. He lives in Charlie’s shadow and is pushed by his friend into joining the militia. Although the war takes its horrific toll on him until eventually he suffers from shell shock and madness, he learns to live with it and still fight for his friends.

William Englewood, master of the estate and Charlie’s father, is a key wartime adviser to the prime minister. He surprises himself and the British establishment when he learns that Canada has its own sovereign interests in the war effort. He holds all the Englewood family’s secrets, including those on abortion.

Dr. Cross begins as Sir Edwin’s personal doctor. Although he increasingly tends to drunkenness, he manages to hold tight the Englewood family’s abortion secrets. He enables Grace to travel to Europe, where on his death-bed he confesses his shocking sins to her.

CHOOSE has been edited by Peter Lavery and Heather Sangster, who also edited Tom’s previous books.

ABOUT TOM TAYLOR (writing as Ivy Jane Collins) Over the past ten years, Tom has done a great deal of public speaking to promote his four-book Brock series. As a published historical fiction author, he makes for an engaging guest or host on radio and television shows. Tom graduated from York University, majoring in history, and has continued studies in history and English literature.

Tom has spent his entire professional career as the owner of a successful national sales and marketing company, with stints on several boards of directors, including the Royal Canadian Mint. He once served in the militia with the Toronto 7th Artillery. Tom resides in the Greater Toronto Area. He frequently travels to England to stay connected with his ancestral roots.

Member of: Writer’s Community of Durham Region and The Historical Novel Society

Tom has done a great deal of public speaking at more than 100 events to promote his four-book Brock series, titles that have now sold nearly 10,000 copies in traditional bookstores as well as at forts, museums, and tourist shops. This paves the way for readers who are waiting to read Tom’s new book, Robin & Marion: In the Beginning.

Tom hosted and produced his own television show, Writers and Readers, on Rogers TV.

CHOOSE by Ivy Jane Collins, is represented by the Kelly Consulting Agency. For more information, please contact Lloyd Kelly at lloyd@kellyconsultingagency.com or in the message box below.