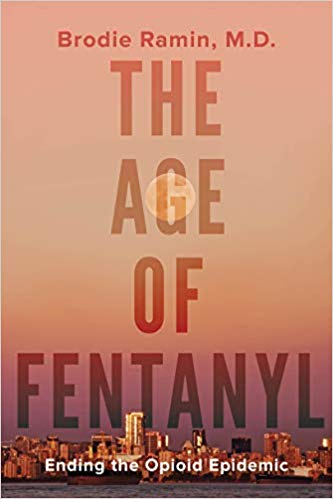 The Age of Fentanyl

“I always ask my patients how old they were when they started using each type of substance – alcohol, tobacco, cannabis, opioids, cocaine, stimulants.   Even though it is not uncommon, I am still quietly shocked when I hear age twelve.  I have even heard ages younger than that.”

Dr. Ramin works on the front lines of the opioid epidemic as an addiction physician. The media is filled with stories of Fentanyl and heroin overdoses.  The public has an enormous interest in this epidemic and people are looking for solutions. The Age of Fentanyl was written using Dr. Ramin’s own experience on the front lines that not only explores the epidemic, but most importantly, provides solutions to the crisis. In the concluding chapter Dr. Ramin outlines ten steps that can end the epidemic – if action is taken now.

There is no other book like this that blends a physician’s perspective and focuses on solutions.  Furthermore, The Age of Fentanyl explores the role of fentanyl more than any other texts on this subject.

We have ridden three waves, so far, of the North American opioid epidemic.  As more doctors prescribed more opioids, patients in the 1990s began to die from those medications. That was the first wave. The second wave began in 2010 as heroin became increasingly competitive with prescription opioids in terms of cost and purity and new heroin networks spread across the continent.  The third wave began only a few short years later in 2013. We are in the third wave now, and it’s much worse than the 1990s, worse than 2010. The third wave is being driven by fentanyl (CDC 2018).

Opioids are the hero and the villain of this epidemic. The Age of Fentanyl  will take the reader into the opioid darkness with patients like Carl and Pamela, but we will also see their light. It will open the door into clinics and hospitals, into needle exchanges and safe injection sites across the continent. We will look together into the past of America’s addiction to opioids, into the deep past of the poppy seed and follow heroin and OxyContin as they are born and then spill across the continent. We will see the moment on December 8th, 1960 when fentanyl was first built from solvents and reagents in a lab in Belgium. We will see that science can be a weapon for good as hope emerges in the form of methadone, buprenorphine, naloxone and new treatments to come, technologies we cannot even imagine.  And we will meet the champions fighting the disease; the nurses, the social workers, the doctors, the drug users and the visionaries. The Age of Fentanyl  is a story of hope.

Dr. Brodie M. Ramin, MD, MPhil, CCFP, DABAM is an addiction physician, Diplomate of the American Board of Addiction Medicine and Assistant Professor at the University of Ottawa. He is an experienced and accomplished public speaker and anticipates numerous opportunities will develop to do video lectures such as TED talks, podcasts and live events to discuss the epidemic and promote the book.

The Age of Fentanyl by Brodie M. Ramin is represented by the Kelly Consulting Agency. For more information, please contact Lloyd Kelly at lloyd@kellyconsultingagency.com or in the message box below. 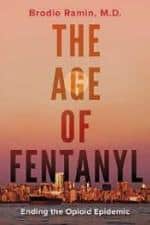